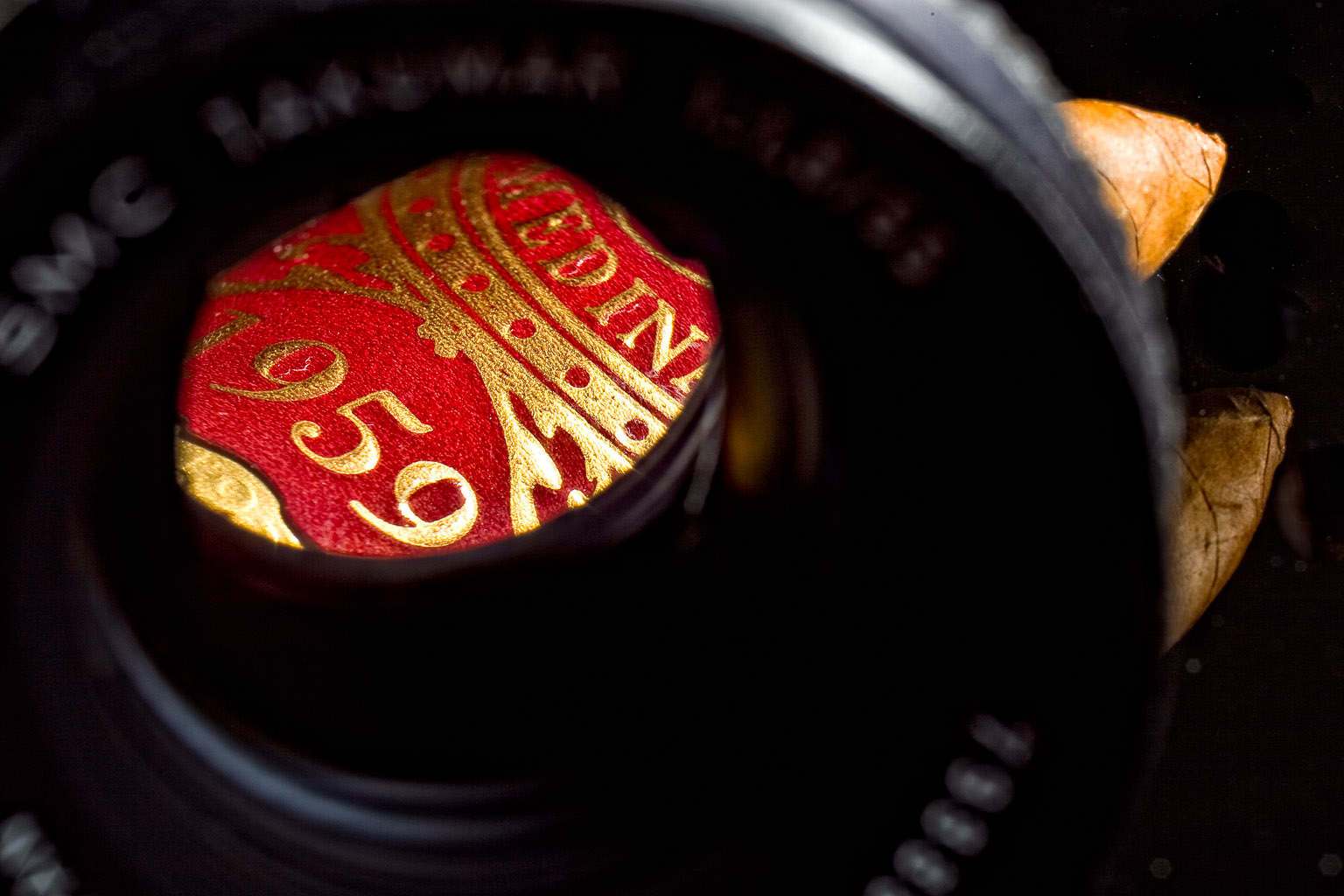 Posted at 10:27h in Blog by Bryan Glynn
Share

As a professional shooter I knew the day would come eventually when I had no choice but to send equipment off for factory service. I’m glad it wasn’t under warranty and you might think that strange, but the simple truth is I expect my equipment to last for many, many years with good service, far beyond the warranty period and so far (knock on wood) that’s held true!

I’ll update this post as things happen so all of you that have yet to go through the process know what to expect! First the back story…

My bread and butter lens for the past decade has been the Mark I 24-70 2.8L. It’s built like a tank, is an exceptionally sharp copy and has performed like a champ through anything I do with it. Until a couple weeks ago. Mind you this lens is used on a DAILY basis for both photo and video work. All my equipment is taken very well care of, with no damage or unusual wear. In this case the only thing that told you it wasn’t fresh out of the box was some discoloration on the rubber rings from my finger oil!

I noticed after a recent shoot that some photos, not all, were back focused pretty badly like I completely missed the subject. Which was needless to say, weird. I couldn’t find anything jumping out at me other than some of the shots being a backlit subject that might explain it, and at the time I chalked it up to being at the limit of the AF system and moved on. Then it happened again. This time I noticed it while shooting (I don’t typically chimp, just check vital shots and for general settings) but didn’t have much time to investigate, I just kept trying until I had the results I needed and again, had a lot of backlighting so it didn’t really stand out as something wrong yet. Then last weekend it happened AGAIN and this time even more, and in normally lit situations, things I have shot a thousand times without a problem so I KNEW beyond a shadow of a doubt it wasn’t me, and it wasn’t the scene. I DID have time to troubleshoot and quickly figured out it was only happening at 24mm, the lens’s widest focal length. A HA! OK so I avoided 24mm for the rest of the day and kept checking, only to find now it was getting worse. By the end of the night it was happening through 30mm. The lens was done.

After I got home and looked in to the problem a bit, I discovered a few other similar reports from years past, and that it was an internal fault, didn’t look like a big deal. OK, off to Canon with you! The process is pretty straight forward, with the few options available to you dependent on where you live (this post is ONLY about US service) and what level of CPS you have (if any).

Canon Professional Services, for those that haven’t heard of it yet, is a free & paid program for professional photographers using Canon gear. Nikon has a similar program as well, I don’t know about the other brands. I used to have a paid membership level but because I never HAD the need for repair and have been doing my own maintenance and cleaning for the past few years, I went down to the first tier a couple years ago which is free. Silver level is free, Gold is a reasonable amount if you need the services and Platinum is for multi-cam studios or heavy travelers. Relevant to this post, the Silver level gets you a slight reduction in repair time over a non-member. Gold would have been even shorter and a slight discount.

The way repairs are priced is a simple sliding scale. In this case the lens is round $1500 and I am expecting a repair cost estimate around $300 including return shipping, from what I read online. That should also prove true for the other brands as far as pricing structure, with Nikon, Leica & Canon being the most expensive relatively speaking.

The process starts by going online to www.usa.canon.com/repair where you can fill out a repair form. It asks for the basic info such as contact, the product serial number (to check warranty status and CPS membership since any covered equipment must be registered under your CPS account) and a description of the problem. When you submit the form it sends you an email that you print out and include in the box with the product going back. It’s up to you for boxing and shipping, they need something insured and tracked. I chose priority mail, insured it for $1500 and it cost me $31, going out last Friday. It’s Monday now so they should receive the package sometime today and hopefully at least check it in if not take a look at it, for a repair estimate.

In that email you get a repair order # and can use that same link to check the status of the repair at any time. The first thing that should happen is the equipment being tested and a repair cost being submitted to the account. When I log in right now, it shows not received yet with a $0 estimate. I will be able to pay via credit card online once that gets updated and I expect I’ll have an email prompting me to do so. It should be a week’s time at most for the repair after that!

So that’s where we are now, on Monday morning. I’ll keep this updated!

Update: USPS shows the package delivered yesterday, Monday the 12th, but as of this morning Tuesday the 13th, Canon still says not received.

Update: 4pm, I received an email containing a PDF repair estimate form, detailing the service needed with a total to pay via online or by calling in to the Indian call center:

We have received your equipment for evaluation and repair. The estimate below is based on our initial examination. We will begin the necessary repairs upon your approval and receipt of payment. You can expect the repairs to be completed and shipped back to you within approximately 7 business days* from the date we receive your approval and payment. Please respond to this estimate promptly to avoid having your equipment returned unrepaired.

For whatever reason the online system wasn’t even showing it received yet, so I couldn’t do anything with that. I called in to make the payment but my business debit card was rejected without explanation. I used my personal debit card, from the same bank and it went through! Very strange, but whatever, I’ll look in to that with the bank later (Chase).

…for a total of $283, even less than I expected! Here’s hoping to a smooth repair and having my favorite lens back in a week or so 🙂

UPDATE: Woohoo! I just got an email with my tracking number, it’s on the way home scheduled for Monday! That’s some really great turn around time, just 4 days of work! Incidentally don’t count on the online service for anything beyond generating your form, it STILL shows not received, so it’s 100% useless for it’s status functions. The email communication is great though, with all the info and links!

UPDATE:The lens was delivered today on-time via UPS. It was packaged well in a plain box with paper packing, the lens in a plastic bag. It was cleaned, the oil spots on the rubber were removed, it looks brand-new. The focus movement is tighter, even more so than new. Before, it had a little lens creep when going vertical if you shook it. Now it’s snug and does not move at all.

I tested the lens handheld and immediately was skeptical, it still seemed to be malfunctioning. I took some outdoor test shots, examined them on the computer at 100% and they still looked off. I then setup a studio test with the camera tripod mounted, using a remote shutter and took test shots every couple mm from 24-70 using the AF system. I then verified visually at 100% and by using the live view contrast detection focus, that it was not only still back focusing at the extremes of 24-26, but now front focusing around 35-50!

The paperwork said the repair came with a 6 month warranty but did not include return shipping. I immediately called in, told them it was not fixed and they offered to send a return label via email, but it takes “from 24-48 hours to receive the email”. When I receive it I need to package it again and drop it off to a UPS station. While on the phone I asked if the units were tested before shipment, the girl said of course yes. Obviously, it was either NOT tested, it only takes a single shot at 24mm to see it’s soft, or someone did ti improperly.

Below you can find the video I shot of the test procedures I used and you can see the problem itself.

UPDATE: 8/26/13 I received an email from Canon stating the lens was checked in and the note instructs them to recheck all operations.

UPDATE: 9/4/13 Online still shows nothing for the repair order. I had not heard anything so I called in to check and was informed they are waiting on an ‘internal part’ to arrive to complete the repair, with no exact timeframe available.

UPDATE: 9/6/13 I received an email with a tracking number stating the unit was repaired again and on it’s way back. It’s Friday so I anticipate it Tuesday.

UPDATE: 9/10/13 The lens came back this afternoon! I spent some good time testing it exhaustively and good news, it’s finally fixed right! The paperwork this time had my notes about it being tested before returning, and that the Rear Sleeve Assembly was ordered and replaced this time. Also, the feel of the zoom is back to it’s original loose, like it was out of the box. That’s ok, I’m certainly used to it after all these years, but it was actually better after the first repair, on the snugger side. Oh well, I’m not complaining about it, just noting the change. I wonder if a part made the difference there or assembly?

So there you have it, a complete rundown on how to use and what to expect from using the Canon Factory Repair Services, for anyone that was curious.